A Lao clay artist makes his mark as he molds his future.

Saturday evening at i:cat, a small gallery in central Vientiane. Visitors siphon into an upstairs screening room. Projected inside, a herd of colored buffalo, cheerfully rendered in clay animation, circle around a barren white plane. At first, the inviting film – with the sweetness of its wobbling animal protagonists – suggests a young audience. But the scene grows sinister as human figures arrive on screen and, mesmerized by the rotating herd, sprout buffalo heads and march along.

The film, entitled “Flow,” is the latest by Vientiane-based artist, Souliya Phoumivong. Flow was featured at the Asian Pacific Triennial in Australia in November last year, making Phoumivong one of the first three Lao artists to showcase their work at this significant, global exhibition. Flow’s affinity to children’s programming is no coincidence. Phoumivong might be recognized as the artist behind the children’s television series Our Village, which ran from 2012 to 2017. Although Phoumivong initially balked at working on a children’s program – he wasn’t sure if he could create art exclusively for a younger audience – he found the change in perspective invigorating.

“It was hard to adapt – but with experience, I began to see like a child,” Phoumivong says. Since Our Village, Phoumivong has found new energy in exploring mature themes through childlike visuals. As is the case in Flow, the sunny levity of his clay animals makes the violence of his subject particularly unsettling. 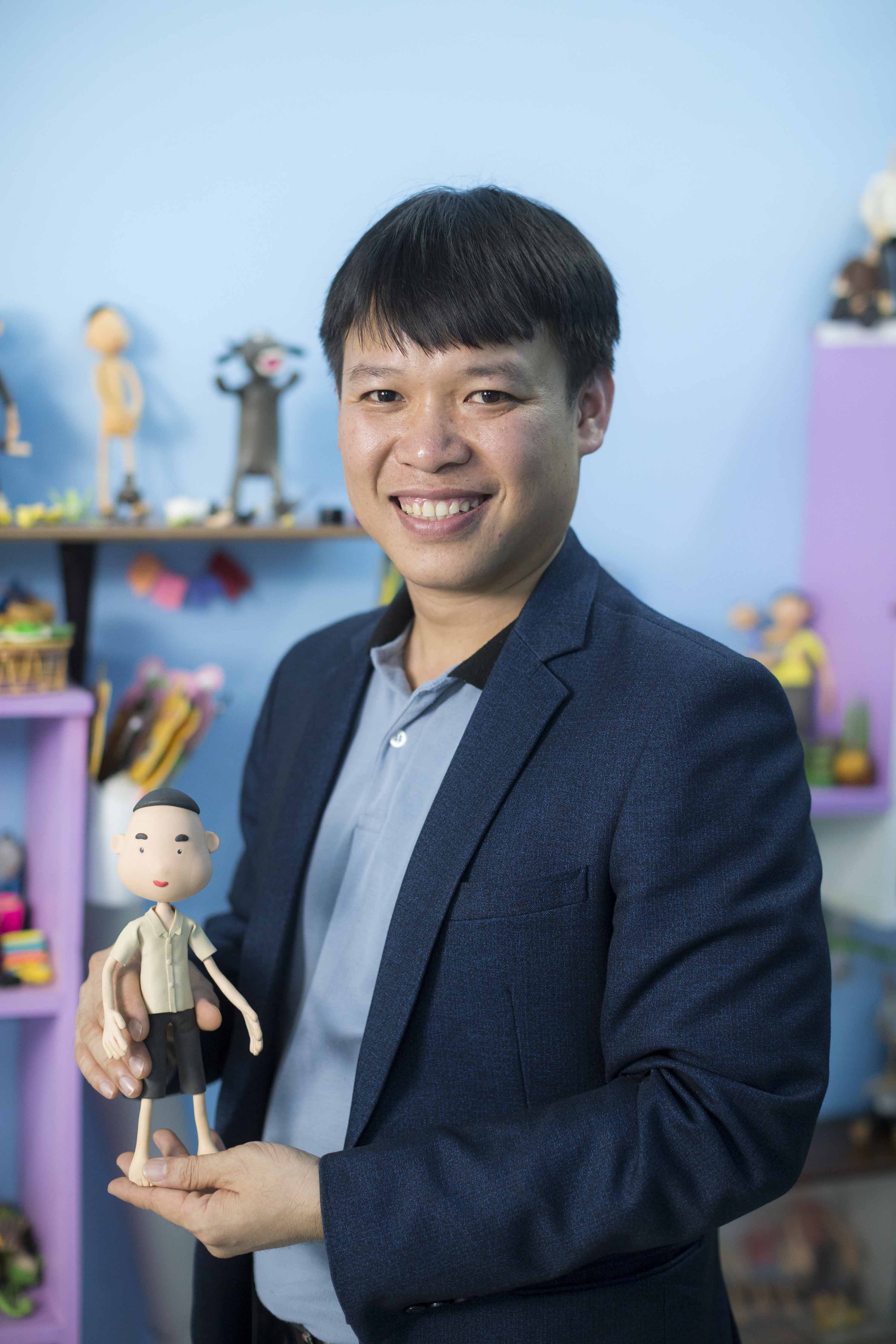 “Many suggested that because I was dealing with something serious and dark, I should make the art dark too,” Phoumivong observes. “But it makes the meaning stronger when you have contrast.”

Flow’s themes are serious and dark indeed, dealing with the hypotonic desire to be in unison at the expense of one’s personal, human-like qualities.

“Rich, poor, bright, stupid – everyone has their flaw, the inclination to just follow the train,” Phoumivong says.

Flow in part explores Phoumivong’s personal struggle to resist the pressure to create more traditionally lucrative art. Phoumivong was classically trained in painting at the National Institute of Fine Arts in Vientiane, where he graduated in 2008. But in 2012, a residency at Youkobo Art Space in Tokyo led him to experiment with video – here he “fell in love” with claymation. In 2012, Phoumivong returned to Vientiane and opened Clay House Studio, which produces video and stop-motion works and is the first of its kind in Laos. Phoumivong’s departure from painting was met with disapproval from family and friends.

“When you do things differently, others become uncomfortable,” Phoumivong says. Many around him worried a career in animation wasn’t financially tenable. Phoumivong recalls being asked: “Why do you have to stop painting? How will you make money?”

While traditional art forms like painting, sculpture, and textiles have long been supported in Laos by the tourist industry, financial and institutional backing for contemporary art has typically come from abroad. Cities like Singapore and Tokyo have recognized the talent of contemporary Lao artists through exhibitions and residency programs. But contemporary artists haven’t always had the chance to show their work at home. 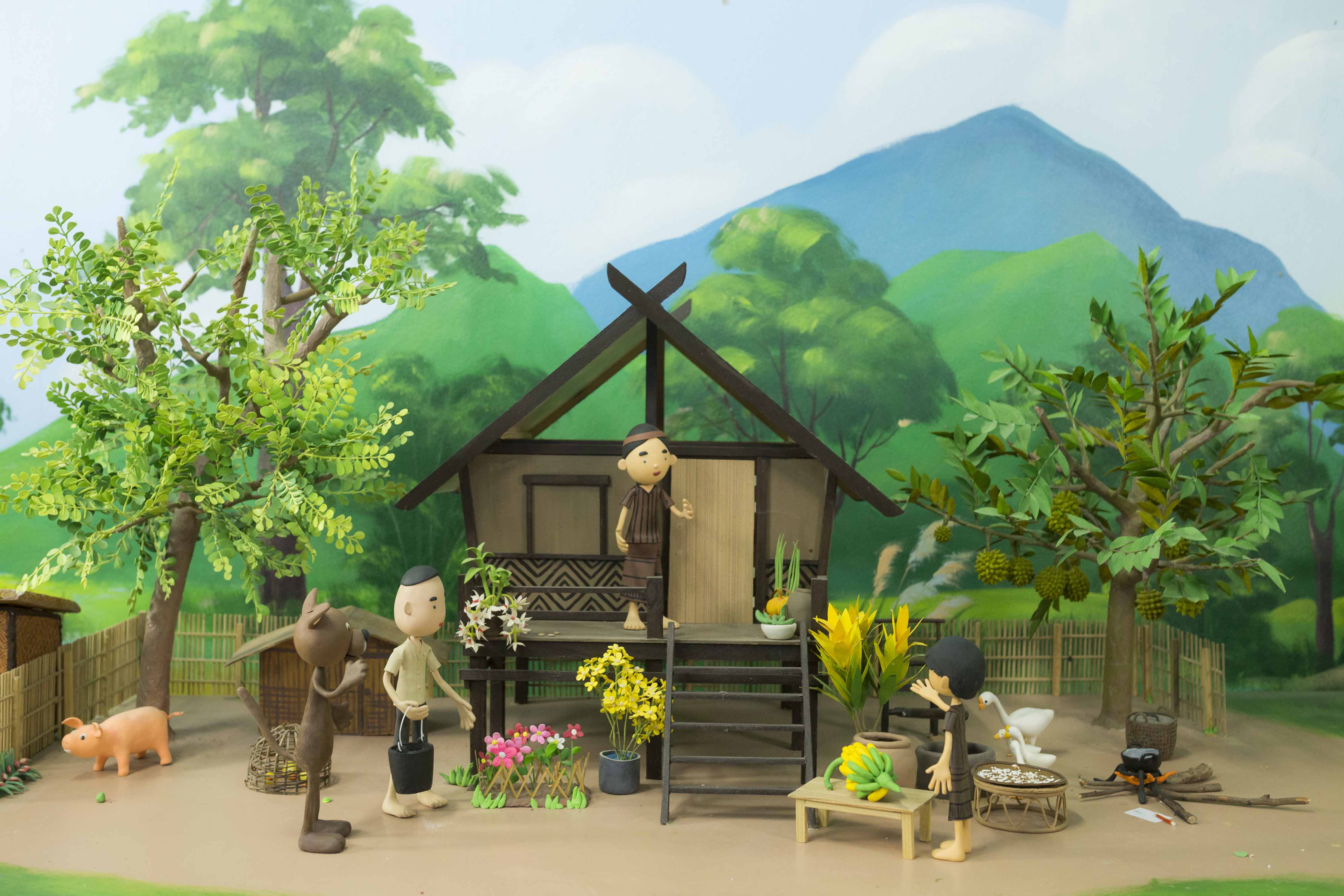 In recent years, the efforts of local artists and gallery owners have strengthened the local presence of contemporary art. Galleries like i:cat feature material installations, performance pieces and audiovisual work, and new non-profit initiatives like Elevations: Laos support emerging contemporary artists. The National Institute of Fine Arts boasts more students studying contemporary art than ever before. Phoumivong has seen his own class on media and communication design spike in enrollment from only two students in 2014 to 30 this year.

Phoumivong has also found the local response to his work indicative of burgeoning interest in new art forms. “Normally, people just come on opening day – but for this exhibition, people come every day, and stay for hours, just asking me questions,” Phoumivong says. Phoumivong sees this not only as a matter of personal success, but proof of how far Vientiane has come towards supporting contemporary art. “Many years ago, students would ask me, but how can I survive doing this? Now I have an answer: look at my life.”