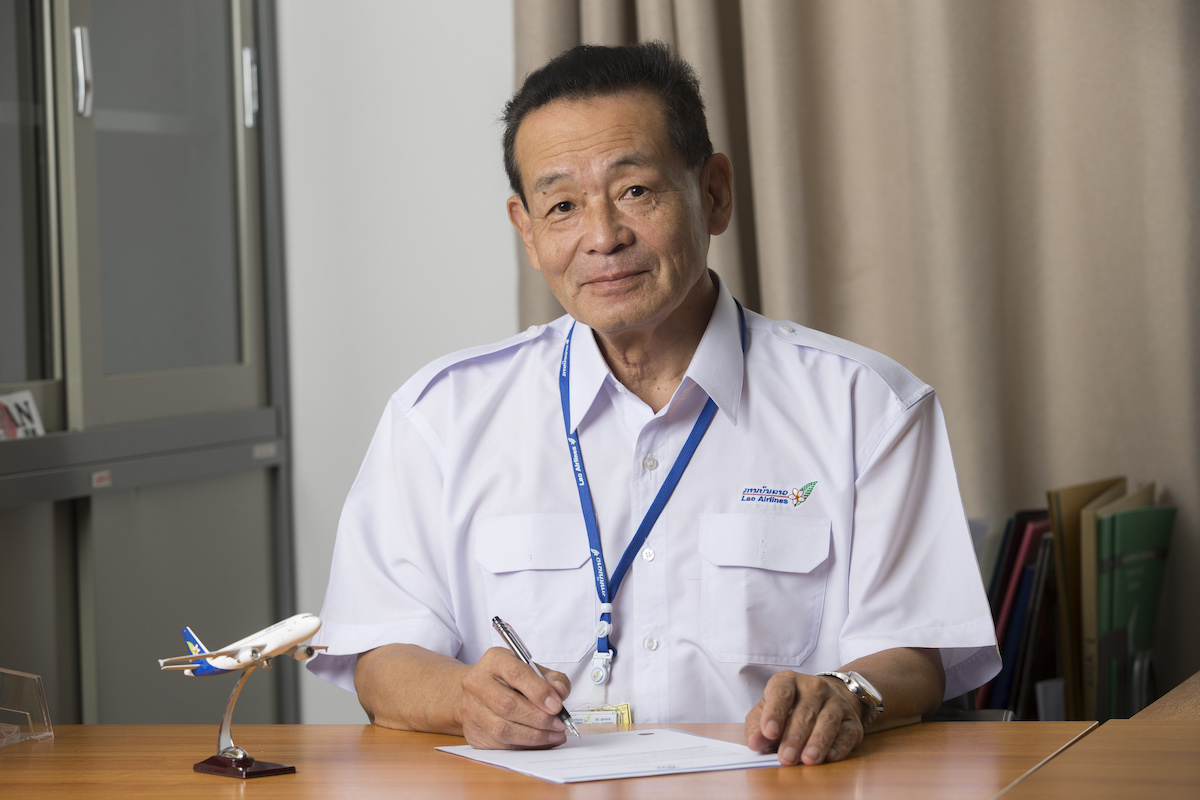 Mr. Fumiyasu Sakata, from Japan, is a special advisor on Lao Airlines’ internationalization project. Recently, we were able to sit down with him to learn more about his work and what this project means for the airline.

Q: Can you tell us a little about your background and how you came to be here?

A: I have been in Laos since 2012, when I came to assist another airline with a project to inaugurate a flight from Laos to Japan. It required a bilateral civil aviation agreement, which took some time, but we were finally able to ratify it in both countries. The other airline no longer exists, so Lao Airlines took over this project.

Q: This November, Lao Airlines will begin a flight to Fukuoka, Japan. What sort of benefits will that bring to Laos?

A: We did a feasibility study and the number of Japanese tourists visiting Thailand is 1.5 million per year. The number visiting Laos is only 15,000! This is because they don’t know anything about Laos. If we can bring more Japanese to Laos, we can bring more revenue into the country, which also benefits the local people.

To boost awareness, we are even working on some branding opportunities also with Kumamon, the famous mascot of Kumamoto Prefecture, which borders Fukuoka, in order to help promote this new flight to Kyushu Island, where Kumamoto and Fukuoka are located. We are also negotiating a codeshare agreement with All Nippon Airways, which will deliver even more Japanese and international travelers.

Q: In 2020, Laos and Japan will celebrate 65 years of diplomatic relations. Do you think there will be even more demand for travel between the two countries next year?

A: Yes. I am sure that with this route, there will be an increase in diplomatic and cultural exchanges, as well as business travelers. There are now over 100 Japanese companies in Laos, and with easier access between the two countries, I am certain this number can grow.

Q: Japanese are naturally very savvy trailblazers. What places in Laos will Japanese find most interesting?

A: I have traveled all over Laos and am really interested in promoting itineraries of “Historical Laos” for the Japanese market. This way Japanese can fly to Laos and travel around the country and also into areas of the former Lane Xang Kingdom – such as in Thailand’s northeastern and northern regions, and in northwestern Vietnam, all the way to northwestern Cambodia and onward to Siem Reap – using Laos as a way to connect all of these areas along historical paths, will spark a great deal of interest for the Japanese.

Q: What other flight routes between Japan and Laos would you like to see begin?

A: Both countries are considering this. When the Fukuoka route is successful, then we can look at expanding the Lao Airlines fleet to include longer-range aircraft, so that we could launch flights to other major Japanese cities. Do follow Lao Airlines for news updates.

Champa Meuanglao had the honor and pleasure of sitting down and getting to know the new President of Lao Airlines,...

Standing on the baking hot tarmac at Vientiane’s international airport on a May afternoon, Soudaphone Visounnarath...