The lap of Luang Prabang luxury 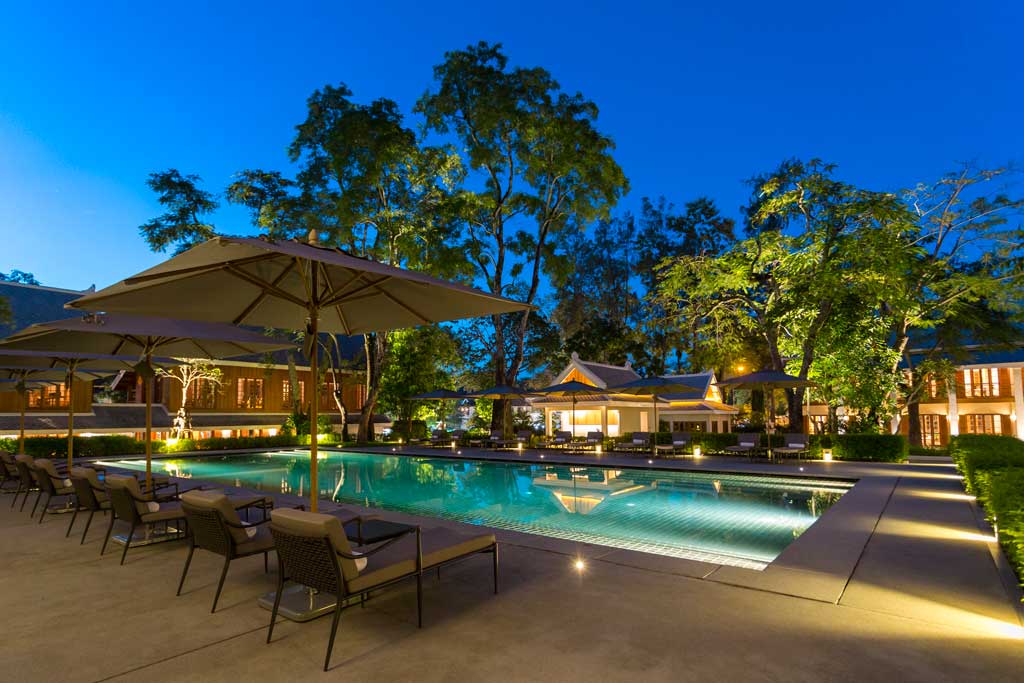 It’s a conspicuously new building in a town lauded for its heritage charm, but Azerai, Luang Prabang’s newest luxury hotel, has drawn as much inspiration as possible from the previous building’s footprint. 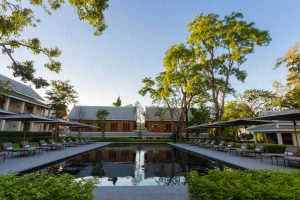 Set back from the street, the graceful two-storey façade is both sparkingly modern, and completely in synch with its surroundings. Hotel manager Gary Tyson said while the structure was new, the building process was subject to the same regulations as older, more traditional structures.

“Under UNESCO regulations, the hotel had specific guidelines to follow and to draw from elements of the hotel that was on the site prior to Azerai,” he says.

“The footprint of the L-shaped accommodation building is identical to the previous building,  and the architect wanted to be sure the additional buildings were influenced by the even earlier history of original structures, which were French bungalow living quarters.”

Once inside, however, exquisitely contemporary good taste is the order of the day. The place is all blonde wood, natural fabrics and recessed lighting. The rooms – 53 in all – are as luxurious as they come – both compact and spacious, minimalist but perfectly equipped with every modern comfort, from the luscious bath products, to the gift-wrapped package of locally sourced coffee placed on my pillow on the first evening.

Most of the rooms face onto the serene lap pool in the central courtyard, and there’s also an even more serene spa service upstairs.

But Azerai’s greatest drawcard is its bistro, a chic, standalone establishment facing the town’s bustling main street, a deliberate positioning to entice the casual diner who may or may not also be a hotel guest. 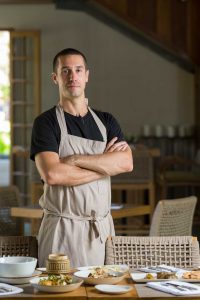 Having arrived in Luang Prabang just one year ago, and with almost no experience of Lao or even Asian culture, he has spent his time fossicking through local markets, sampling the traditional food, and working how to blend it with the hotel’s classic modern ethos.

“But my philosophy here is the same as what it always has been, which is just using what we locally have and making the most of it.”

His version of “making the most of it” is a revelation – a small, regularly changing menu of bistro classics with an Asian twist. Or is it the other way around? A fish-egg red curry was a vivid showstopper, that went surprisingly well with a classic duck terrine, and traditional eggplant and chili dips, all paired with simple Australian wines.

The other revelation is the bistro prices – eminently reasonable for such standout fare.

“The thinking behind the food is to have it appeal to a range of tastes so you can share a variety of dishes, family-style. Pricing was
put in line with the concept of the brand,” says Tyson.

“It was very important to preserve the design and architectural elements of the location but at the same time one must be realistic that it has to be approached in response to today’s urbane travelers. The idea was to help it evolve into a tasteful and contemporary
representation of how to make that transition. Hopefully this is what

Once Upon A Time

Cafe Once Upon a Time-sees sister duo offer locally and globally-inspired caffeine and cuisine with a twist in the...

Luang Prabang’s newest address for the ultimate in luxury. Swaddled in lush plants and flowers and straddling a...