The Ruins of Aran 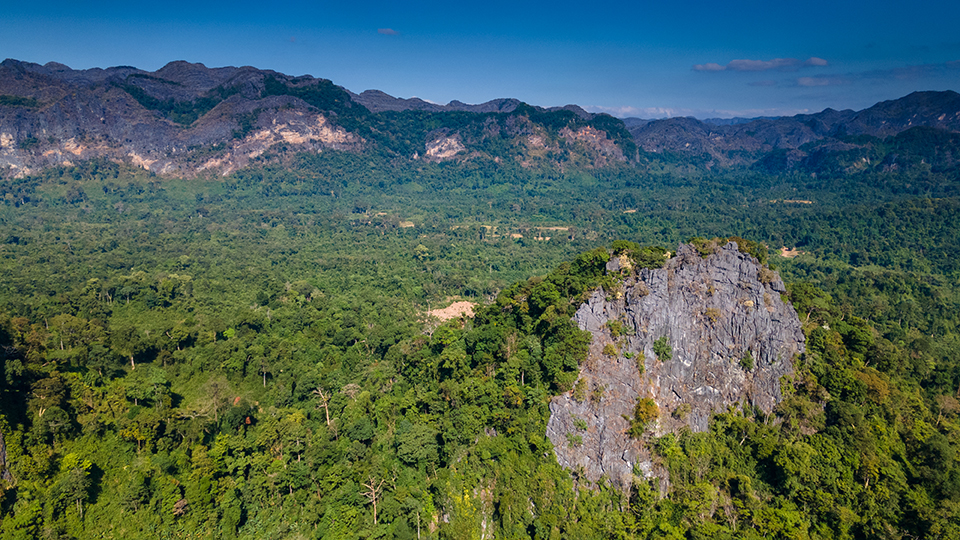 The limestone karst valley which surrounds the hidden city.

Many people have already visited the familiar natural tourism sites on the famous Khammouane Loop. But there is a new cultural site that is beginning to pop up on the radar – the ruins of a lost city!

The ruined city of Aran, or Aranya Kirivongkod, lies in a valley ringed by jagged karst mountains and is most easily accessible by the 1.5 km Tham Heup cave. No one is exactly sure who built the city or why it was abandoned. Ruined pillars and the foundation of the old temple still stand and in recent years the site has been renovated by Buddhist pilgrims. 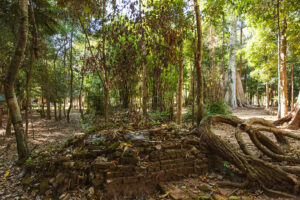 1. The ruined pillars of the ancient temple are in an old Lao style
2. A Buddha statue marks this holy site
3. Massive vines and trees retook the area after the site was abandoned
4. Giant trees grow out of a wall and provide shade for visitors
5. Local boats wait to ferry visitors from Nakhok village to Tham Heup cave 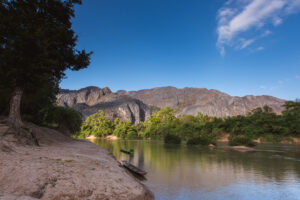 1. The path from the cave to the old city
2. The entrance to Tham Heup cave
3. Some chambers inside the cave are immense
4. A statue of Mae Thorani sits by a lagoon near the old city 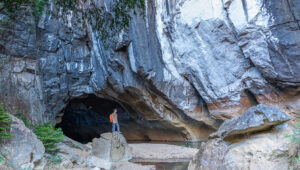 Drive south on Route 13 to Viengkham (the intersection with Route 8) and continue 13km further south to Sam Bon village. Continue on to Ban Thong Lom to ask for a boat and a guide to get you to the cave and the city of Aran beyond!

1. A few kilometers beyond Aran is Na Heup village where homestays are possible
2. The 1.5 km Tham Heup cave is the main route to access the old city
3. From the sky, nearby rice fields look like a jigsaw puzzle

Pullman Pulls Out the Stops

Whether for business or leisure, Pullman Luang Prabang offers a relaxing stay you won’t want to check out of....