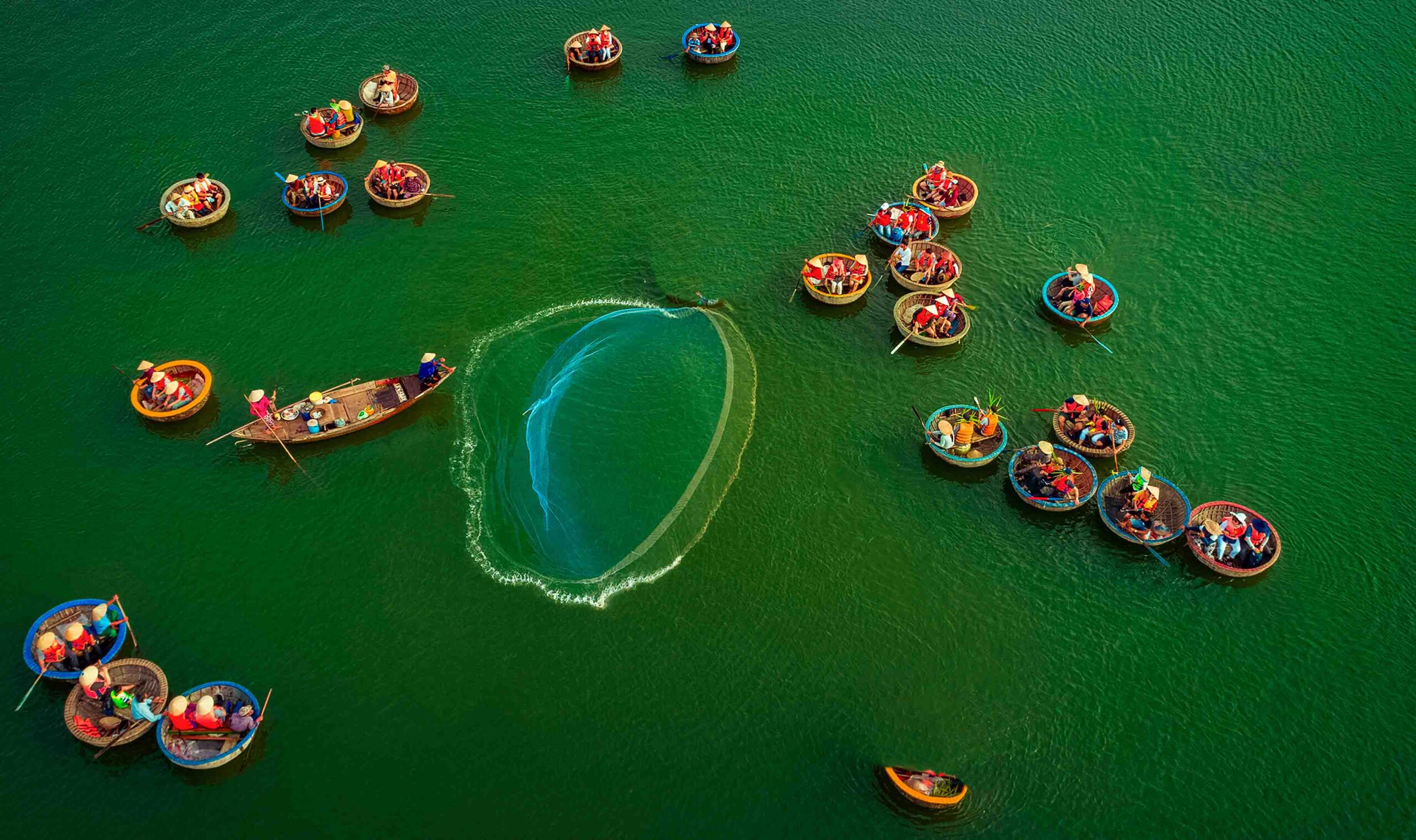 Vietnam is often hailed by many as Southeast Asia’s next ‘it’ tourist destination. It is gifted with an abundance of natural beauty, rich culture, and history. Vietnam also has bustling metropolises like Hanoi and Ho Chi Minh City which are well-connected to major cities around the world.
However, the country has some other cool, much less frequented, but often even more exciting places to visit, such as Quang Nam Province. This picturesque province is situated on Vietnam’s South Central coast. No matter what kind of places hold your interest as a traveler, Quang Nam has it covered with its scenic beaches, waterfalls, mountains, and quaint towns which take you back in time with their colonial buildings and canals. 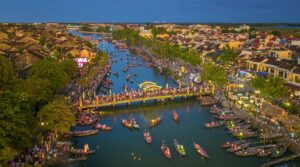 Here are five places you must visit during your time in Quang Nam:
1. The Ancient Town of Hoi An
Located on the north bank near the mouth of the Thu Bon River, Hoi An is a UNESCO World Heritage Town that used to be one of the busiest international trading ports in Southeast Asia. The town is exceptionally well-preserved and if you have ever considered what a place that reflects both Western and Eastern cultures would be like, look no further. The town currently preserves around 1360 relics that include: houses, clan churches, communal houses, pagodas, temples, assembly halls, ancient wells, harbors, etc. One of its most famous attractions is a wooden Japanese bridge, with a pagoda dating back to the 18th century. Needless to say, with its picture-perfect beauty, Hoi An is a very popular destination for Instagrammers as well. 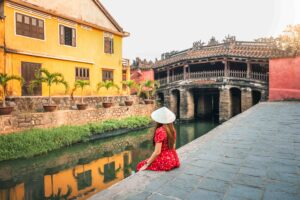 2. My Son Sanctuary
Also a UNESCO World Heritage Site, the My Son Sanctuary is a 2 km wide valley surrounded by mountains that houses the complex of Champa tower temples which were built between the 4th and 13th centuries. The temples owe their spiritual origins to Hinduism in India and were built for Hindu Gods such as Krishna, Vishnu, and most importantly Shiva. The Sanctuary is a remarkable architectural ensemble, that has more than 70 architectural works containing historical, cultural, architectural, and artistic values and as a traveler, here you would get to experience spiritual tranquility like never before. It is often considered similar to other famous monuments in Southeast Asia such as the Angkor Vat. 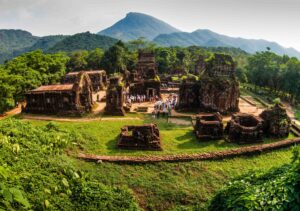 3. The Monument Complex of the Vietnamese Heroic Mother
If grand memorial architectures mesmerize and awe you in equal measure, the statue of the Vietnamese Heroic Mother is a must-see destination. Located on the top of Cam mountain, this place has enormous cultural, social, and political significance. With its towering height of 18.5 meters and a curved width of up to 117 meters, the sandstone architecture immediately makes a strong impression on the viewer. The monument pays tribute to the mothers of Vietnam who have sacrificed greatly for the country’s independence and freedom. It lists the names of over 100,000 heroic women along with the stories of their contributions to their nation. 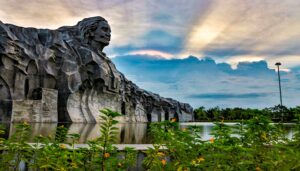 4. The Global Biosphere Reserve of the Cham Islands
Recognized by UNESCO as a world bio-rights reserve, Cu Lao Cham is a cluster of islands known for immaculately preserving marine ecosystems including 950 aquatic species. As a tourist, you would love this place for the pristine green color of the islands, the aquamarine blue water, and the peaceful fishing villages situated under the romantic canopy of coconut trees. There are eight large and small islands situated next to each other, each of them unique in its own beauty and charm. If you are fond of adventure, the speedboat is a great way to explore the majestic sea. Or you could go diving to explore the stunning coral reefs in the region. You might be pleased to also find out that the islands in the area don’t use plastics and opt for recyclable materials to maintain and preserve the reserve’s beauty. 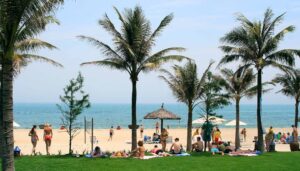 5. Nguyen Hoang Night Market, Hoi An
If your travels are incomplete without shopping, you should check out Nguyen Hoang Night Market, one of the busiest night markets in Hoi An. Stretching over 300 meters, the market is open daily from 4 pm to 10:30 pm. Visitors can not only shop for a variety of items from handicrafts to clothes, incense, lanterns, and pottery, but also try out popular dishes from the local cuisine. Even if you aren’t a keen shopper, this night market which is situated next to Hoai River could turn out to be the perfect place for you to sit down and relax while taking in the hustle and bustle of the old city with shimmering lanterns showing the way. 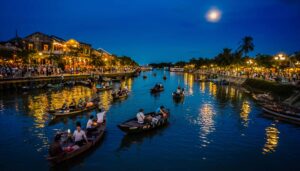 Quang Nam also sees an array of exciting entertainment and cultural events being held every year, which you could plan your travel around. The 2022 Mekong Tourism Forum recently concluded at the luxury 5-star hotel New World Hoiana in Hoi An which was attended by 250 local and regional delegates.

GETTING THERE
There are flights by Lao Airlines to Hanoi or Bangkok where it is possible to connect to Da Nang.
Text BY Amrita Paul
PHOTOGRAPHS BY Quang Nam Tourism

Nature is plentiful if you know where to look! As Laos’ center of government and business activities, Vientiane...