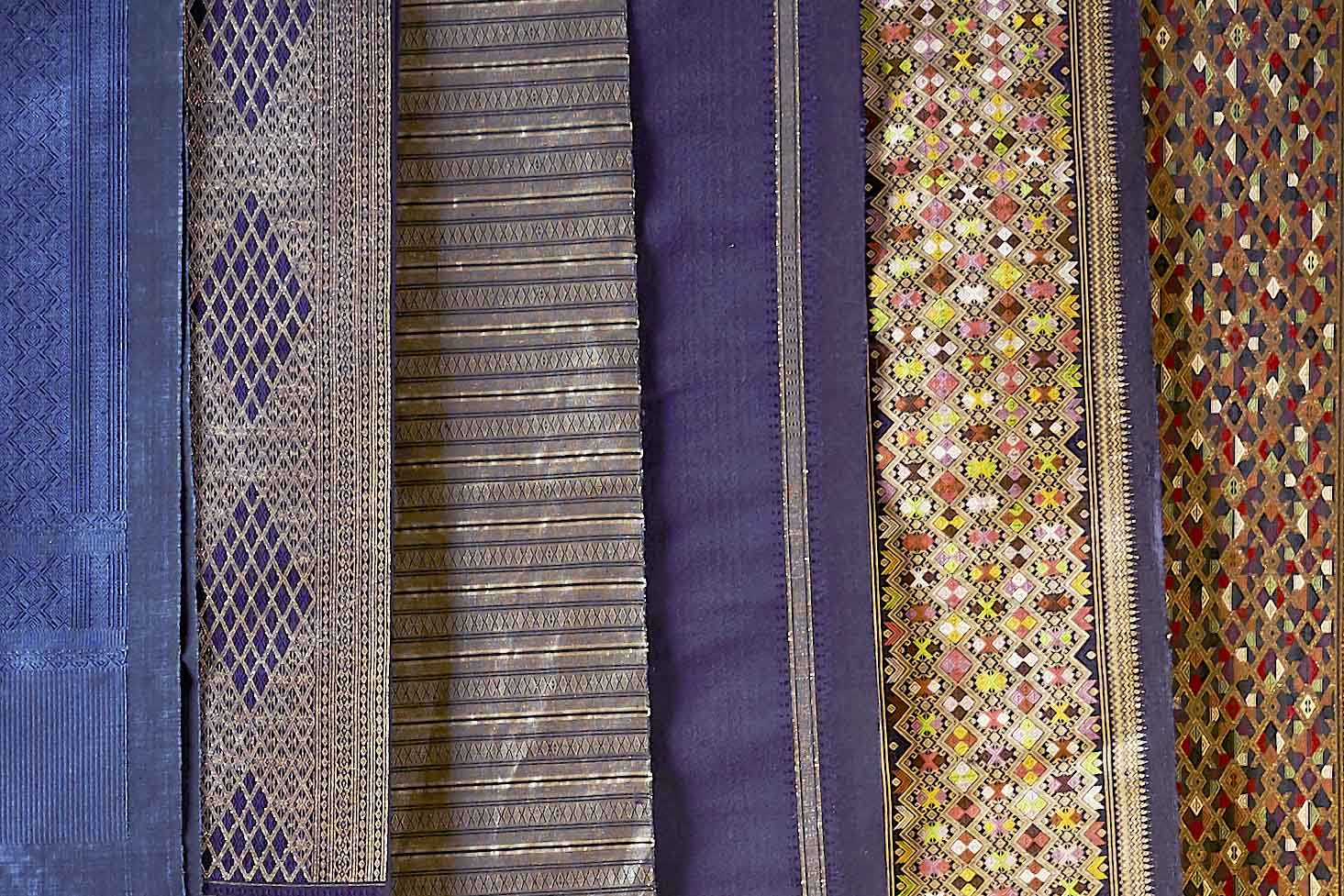 Cultural Threads
Oudone Precious Silk, based in Vientiane, has been creating high-quality garments based on Lao heritage knowledge and aesthetics since 2001. It was formed by a mother and daughter duo, Oudone and Vanida, who resided in France for several decades. Oudone returned to Vientiane in 1989 and Vanida in 2012, and since then they are leaning toward a contemporary design direction even if they continue to produce traditional items like the Sinh, the Lao tube skirt worn by office workers and during Buddhist rituals across the country. The French influence is naturally visible in their collection where the use of gold thread is a key component. The gold thread produced in Lyon is a centuries-old craft that was prominent in the textile trade in France and worn by royal family members in Laos.

Oudone and Vanida’s approach is infused with ancestral cultural knowledge and skills while seeking to sustain the depth of the Lao culture alive for the generations ahead through contemporary designs.

“In terms of the weaving craftsmanship, we wish it to be timeless. We have a very niche market and we tend to work on bespoke orders to make them unique. Our clientele is primarily collectors and ex-pats who are sensitive to their cultural environment. We used to have more Lao customers, but they are aging and numbers are dwindling. We create unique pieces and try to be different in a market that has become more competitive. 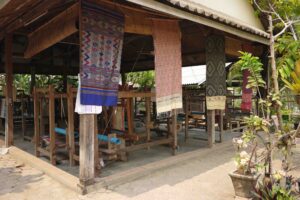 We believe that the Lao traditional aesthetic has a strong potential to make Lao contemporary fashion unique. Lao designers will have to be meticulous in the tailoring and take care of the details first and foremost.

Factory imitations could kill Lao craftsmanship, its authenticity, and exclusiveness. The craft sector is an important source of revenue for women, so it could upend their livelihoods as well. Factory products are only based on price and don’t consider the value of cultural identities. We want to target and inspire the local market since traditional clothes are still regularly used by Lao people. We would also like to see something like a weaving school or a design center to sustain the oral know-how, the techniques, and also build collaborations between local and international designers. We need to build a certain recognition and appreciation for our textile culture in order to extend it toward the future.”

In hyperconnected and diverse societies across the region, traditions and heritage assets need to be reconsidered with new eyes and open minds. On the one hand by understanding how different communities fulfill their own cultural and creative ambitions, while on the other analyzing how traditions continue to exist through contemporary life. In this organic and sometimes contradictory process a patchwork forms, blending authenticity with imitation, old and new, local and global. Positioned at the convergence of heritage and popular culture, this evolving piece is a mirror that perhaps reflects the true characteristics of living cultures in Asia today. 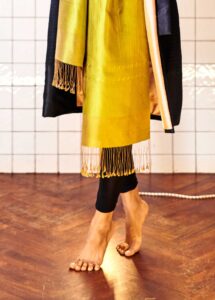 Much more than ritual objects, traditional garments have been transformed into experiential products destined to reach a widening audience. The broader access to communication technology and social media networks has taken heritage assets to multiple levels which include cultural recognition, social trends, and economic development.

Online media offers new possibilities for cultural recognition, whether it is to support a minority group or boost a country’s brand. Television series in Korea and Thailand have generated a renewed interest in traditional clothes as a trend among locals and also foreigners, thereby creating new cultural interactions. Digital platforms are also life-altering tools for ethnic minority groups who are expanding their textile businesses through online exposure and demand.

A version of this article originally appeared in “Patchworks: the Globalized Life of Traditional Clothes in East Asia” supported by The Asia Culture Center in Korea.

Sali Sasaki is a creative consultant and researcher. Follow her notes, stories, and explorations from Asia at salisasaki.com 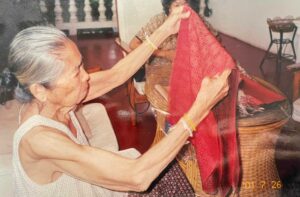 GETTING THERE
Lao Airlines has frequent flights to Vientiane from many cities in the region.

By now, most people are used to the idea that when we ring a large company, the call could be answered by one of...